@AuManufacturing’s Australia’s niche champions series is now in its third and final week. In today’s edition, Brent Balinski speaks to Amanda Harris and Ben Tait of UAP about their unusual company, which is among the world leaders in creating public art.

Industrial robots are generally not associated with one-off production runs, artworks, or acting as an extender of traditional craftsmanship. At Urban Art Projects, things are different.

UAP has turned the dreams of influential artists and architects — names such as Ai Weiwei, Florentijn Hofman and Frank Gehry — from design to physical reality.

However, the company’s General Manager, Amanda Harris — a designer by training — is more excited by the way technology is reshaping careers at the company.

“You go through so many projects and there are amazing outcomes, and they’re all very different, but the process — there’s continuity of that process that stays the same,” she tells @AuManufacturing.

“Whereas now I feel we’re kind of looking into a greater unknown, looking at how tech can possibly shift things for us. And we have no idea, career-wise, what the goalposts will look like… 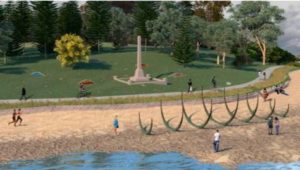 Rendering of “The Eyes of The Land and The Sea” by Alison Page and Nik Lachajczak, and recently installed at Botany Bay (www.theleader.com.au)

“There are people from game development backgrounds that are collaborating with our painters and our fabrication team, working out how to make things on the fabrication floor easier. That to me is so interesting.”

UAP is the country’s most successful art foundry, with projects in over 50 cities, and a Queensland export award winner. Its local headcount has ranged between 85 and 110 over the years, and it employs roughly 200 globally, with studios at its Brisbane headquarters, New York and Shanghai.

In 2017 it began its five-year, $8 million Design Robotics project, backed by the Innovative Manufacturing CRC. This aims to enable robots to work more flexibly across different jobs, using vision instead of coordinate-based control, for finishing and other tasks.

It’s an uncommon mix: robots for jobs at a company where every job is a prototype, and which happens to also rely on traditional skills.

“It’s not like we’re producing 1,000 car doors every ten minutes, so technology is really hard to implement,” says Ben Tait, a Partner at the company, the head of its US operations from 2014 until this year, and currently a driver of its digital transformation.

He says the company’s emphasis on tech sits comfortably with its workforce, which includes patternmakers, fabricators and foundry workers in its workshop.

“One of the things we’ve done well is really encourage our floor staff to undertake training in controlling the robots and interacting with them, rather than just setting them up for the young guns coming up in the design team,” Tait tells @AuManufacturing. 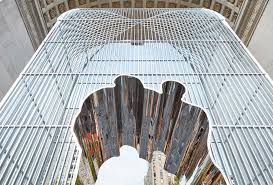 “It’s [about] breaking down those threatening barriers.”

Harris says the project has yielded spinoff benefits, citing a program with a metal finisher and the Queensland University of Technology team. The worker’s input on how tool use varies from human to robot manipulation led to an application on linishing metal sheet.

“This metal finisher worked with one of the QUT team for about two-and-a-half weeks, actually over a holiday period… and came up with a system where they set up the [Universal Robot arm] based on some of the learnings they had already taken from a project, on a mini gantry system, and essentially have the UR10 work as his linisher. Which he kind of programmed with an assistive guidance,” she recalls.

“He’s an Italian craftsman, who is fastidious and amazing at what he does, and one of our end goals is for him to maybe have a little fleet of ten UR10s or UR16s, that he’s controlling, having them doing some of the hands-on work for him so that he can step back and have a longer career. Even though he’s kind of on the tools or all his knowledge is there, but there’s a robotic interface.” 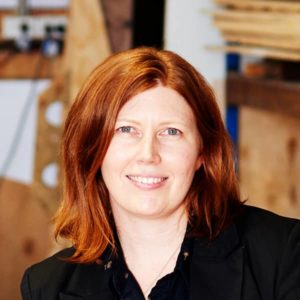 “When do you ever talk to an amazing craftsperson or tradesperson and say, ‘do you want this amazing new tool?’ and you get a no to that?” — Amanda Harris
(www.uapcompany.com)

According to Harris, the company’s workers view robotic assistance as an extra tool, rather than something to put them out of a job.

“When do you ever talk to an amazing craftsperson or tradesperson and say, ‘do you want this amazing new tool?’ and you get a no to that?” she adds.

She says a senior patternmaker — “decades and decades” into his career — has recently taken a robot arm to use with a router at home. The worker sees the technology as a way to take away some of the physicality and less interesting tasks of his role, and to be able to continue for longer as a result.

A soon-to-be-unveiled piece in the workshop is a cast bronze sculpture, standing over six metres. Advances from the robotics project have been used in its creation, with robotic milling for patternmaking that was finished by hand.

“We can do a cost assessment on what level it’s worth, taking robotic milling versus hand finishing, and when it’s a balance between the automated side or part of the process that’s automated and part handmade,” explains Harris.

Augmented and virtual reality have also had a “huge uptake” among staff.

According to Tait, it’s become incredibly important for businesses to stay relevant by adopting newer technologies. A company — whatever they make — doesn’t have much choice.

“I think it’s very important for companies to move on this and be proactive, because the new talent coming out of the colleges is looking for ways to explore technology, and if your company isn’t involved in it then you’re just not as attractive,” he offers.

@AuManufacturing’s Australia’s niche champions series is brought to you with the support of the Innovative Manufacturing Cooperative Research Centre, and SMC Corporation.

Timeline: A Century of Sarasota Arts

Studying chaos with one of the world’s fastest cameras » TechnoCodex