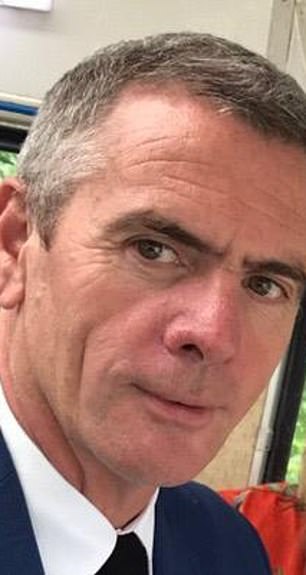 A coroner has found that Chris Slamon (pictured), 54, who drowned in the Men’s Ponds at Hampstead Heath in June, died from undiagnosed coronary heart disease

A successful architect drowned in a popular north London water attraction after suffering a fatal heart attack during a morning swim, an inquest was told.

Christopher Slamon, 54, was invited by friends to enjoy a sunny morning dip at Hampstead ponds which he had used for 15 years.

But he suffered a heart attack as a result of undiagnosed coronary heart disease, the hearing was told.

The alarm was raised when Mr Slamon failed return home or answer his phone and his flip flops were found still at the side of the men’s bathing pool later that day.

Mr Slamon, who lived just yards from the north London ponds, was described as a well-built man who was extremely fit and healthy.

He had been swimming at the pond for 15 years where he was known to swim two lengths in 20 minutes, each length equivalent to 26 lengths of an 82ft swimming pool (2000ft).

But despite his outwardly healthy appearance, a pathologist’s report discovered the architect had high blood pressure, that his heart had grown to almost 500g from an average weight of 310g and that crucial arteries had narrowed by up to 90 per cent.

Met Police closed the pond just before 4.30pm on June 1 this year as lifeguards took turns to search the water while officers searched the area.

Specialist police divers were then deployed at around 8pm and the team discovered Mr Slamon’s body at the bottom of the pond two days later at around 10.15am. 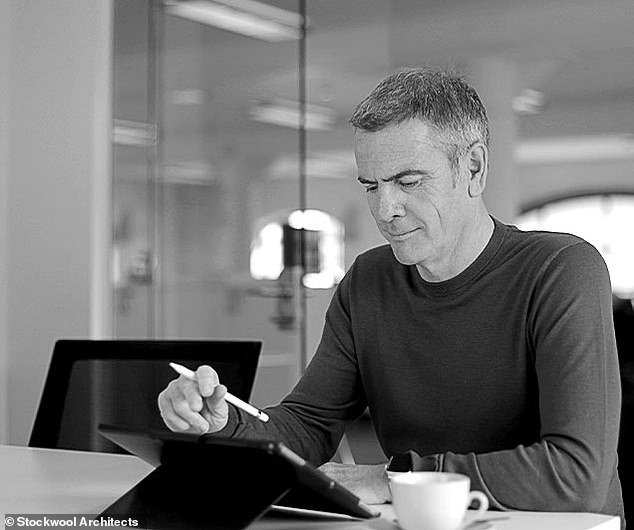 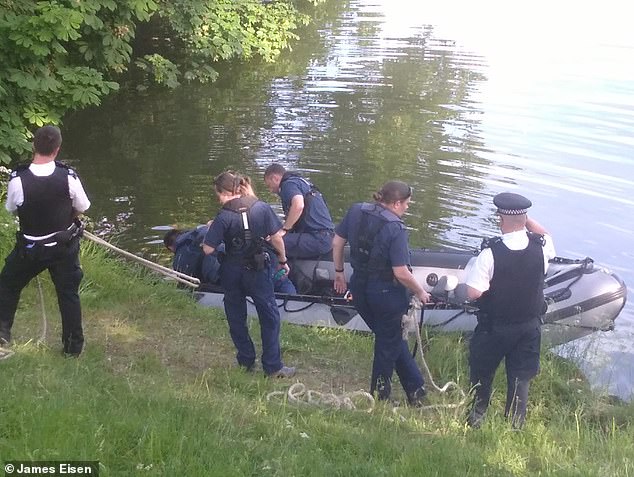 Pathologist Dr Liina Palm said Mr Slamon might have survived if suitable CPR had been immediately available but that she could not be sure.

Speaking at his inquest at St Pancras Coroner’s Court on Thursday, his wife Jessica Slamon asked if having a third lifeguard would have made a difference to her husband’s struggle.

She later asked if they would usually have an extra lifeguard on hot days.

Lifeguard Martin Ancketill, who gave evidence at the inquest, said: ‘I think that would be useful but I think in this tragedy, that would not have made a difference.’

The inquest heard that the Hampstead Heath bathing ponds have been used for swimming for over a century, and that the men’s pond reaches depths of up to 23ft.

James Dawson, a friend of 30 years, said Mr Slamon had seemed his normal self, being ‘a bit cheeky’ and described a ‘jovial atmosphere’ at the pond.

Mr Slamon had made fun of Mr Dawson for arriving two minutes late while he had joked about Mr Slamon’s swimming trunks.

Mr Slamon began to swim his routine lap of the pond while Mr Dawson and another friend chatted while treading water and got out around 15 minutes later.

Mr Dawson said he rushed off to take his son to a football match and said it was not unusual when he could not see Mr Slamon when leaving.

When he tried to call Mr Slamon later that day to invite him to watch the FA Cup Final, there was no answer.

But the alarm was raised when he called wife Jessica at around 3pm, who had assumed the friends were still together.

They went back to the ponds where they discovered what appeared to be Mr Slamon’s flip flops still at the side of the pond along with his hoodie and house keys.

Hampstead’s lifeguards, who are specially trained in open water, said they were ‘completely perplexed’ to discover somebody had disappeared that morning.

They said they knew it would be busy on the morning of June 1 as it was ‘a really nice day’ and said the first dozen swimmers were in the water within the first five seconds of opening. 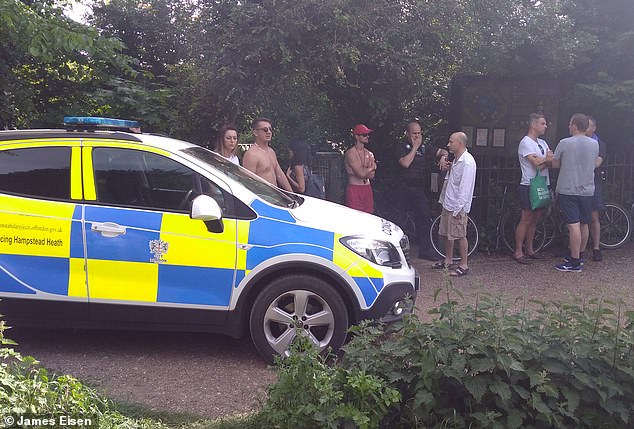 Mr Ancketill, who has been a member of the Heath’s open water swimming club for 40 years, described his fellow lifeguards as proactive, conscientious and highly trained.

The lifeguard, who was working on the morning of the tragedy, said: ‘That day we were completely perplexed, we were bemused that somebody had gone missing.’

Colleague Marius Bukis, also on duty that morning, said: ‘It is deep water so it is definitely more risky than a normal swimming pool.

‘In a swimming pool, you can see what is under the water.

‘In ponds we prevent people from going under water but if somebody is under, we need to see where somebody went under to be able to quickly find them.”

Police used electronic equipment to identify objects at the bottom of the water and identified what they believed to be Mr Slamon.

PC Steve Morgan said the area where he was found was just over 16ft deep and approximately in between two jetties.

He said he saw no instructions and a single buoy in the middle of the pond.

She told the inquest: ‘The body did show evidence of long term submersion in the water.’

The inquest heard Mr Slamon had been ‘on the way to a heart attack’ and that his pulmonary arteries were diseased and had narrowed by up to 90 per cent.

Dr Palm said further examination of the body found no signs of external injury and that he seemed healthy except for his heart. 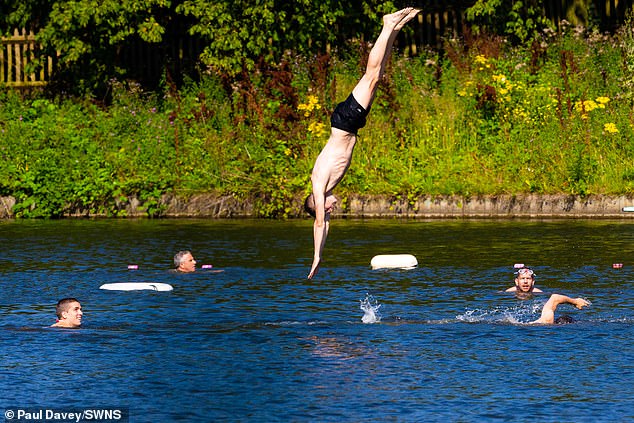 A man dives into the water at the men’s swimming pond at Hampstead Heath in London during July this year. Mr Slamon reportedly suffered a heart attack between 8am and 8.30am in the morning

The pathologist said Mr Slamon would have been suffering from high blood pressure and that his heart was ‘too big’ weighing almost 500g.

She said: ‘The heart was not internally healthy. It was quite significantly enlarged.

‘This change was due to the thickening of blood vessels.’

Dr Palm said Mr Slamon may have ‘got into trouble’ while swimming and suffered breathlessness or loss of consciousness.

But she said there was no way knowing how it happened and that it may have been a ‘complete surprise to him too.’

She added: ‘Sometimes sudden death can be the first signs of the underlying condition.

‘It is most likely that the physical exercise triggered it.

‘Swimming is exceptionally aerobic exercise and the heart really needs to be in good condition to help the body.’

He said: ‘It seems that what happened in terms of Chris suffering a heart attack happened within that period shortly after 8am and 8.30am in the morning.

‘It is clear from the evidence that Chris drowned following a heart attack.’

He added: ‘In terms of the conclusion, clearly Chris suffered a heart attack and that heart attack caused him to have the accident in the bathing pond.

‘My conclusion of the death is accidental death.’

The Brunswick Beyonce house has sold before auction for between $1.11 million and $1.22 million