‘Treasure trove’ of paintings by Picasso, Monet and van Gogh go under the hammer with ‘£14m price tag’ after being seized from Italian fraudster

By Rory Tingle For Mailonline

A collection of paintings by masters including Pablo Picasso, Claude Monet and Vincent van Gogh has gone under the hammer in Milan after being seized from a convicted fraudster involved in Europe’s biggest ever bankruptcy.

The 55 artworks once belonged to Calisto Tanzi, whose dairy firm Parmalat went bust in 2003 with a £13billion hole in its accounts.

The paintings were hidden by Tanzi but recovered after a painstaking search by detectives. 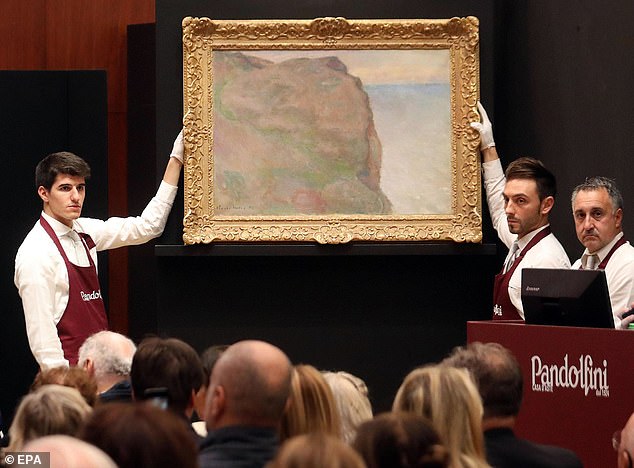 The 55 artworks once belonged to Calisto Tanzi, whose dairy firm Parmalat went bust in 2003 with a £13billion hole in its accounts. Pictured is Falaise du petit aille in Varengeville by Monet 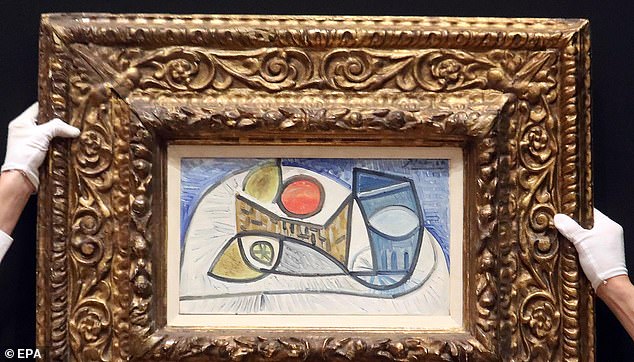 The money generated from their sale will go to creditors who have been waiting 16 years to get their cash back.

They are valued at between £5.2 to 7million – although some experts predict they could go for twice that amount.

‘I have never seen such a collection of works of this importance go to auction in Italy,’ auctioneer Pietro De Bernardi told La Stampa.

The sale at the Pandolfini Casa d’Aste auction house in Milan has already started well, with one Picasso selling for £2million.

Other paintings expected to fetch big sums include van Gogh’s Still Life With Apples, which has a base price of £302,000, and Russian painter Wassily Kandinsky’s Sestri-Abends, valued at £216,000. 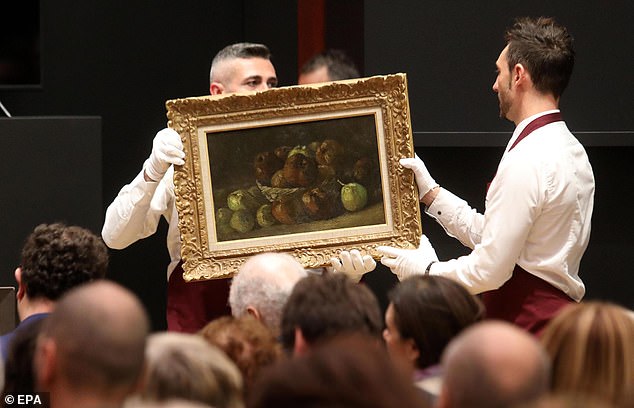 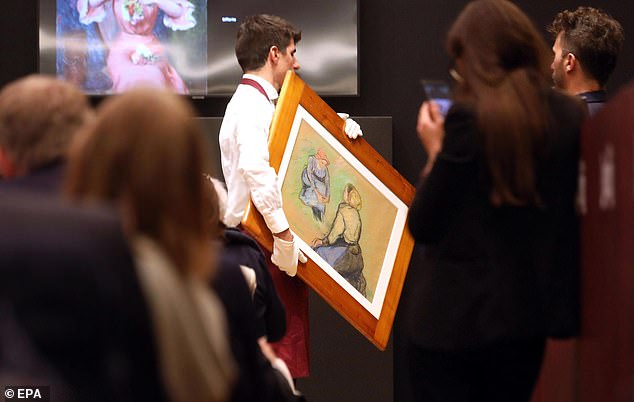 Tanzi was arrested after Parmalat’s collapse in 2003 and later convicted of fraud and criminal conspiracy. Pictured is Peasants Sitting by Camille Pissarro

Other artists whose works are in the sale include Pierre-Auguste Renoir, Marc Chagall and Antonio Ligabue.

Tanzi was arrested after Parmalat’s collapse in 2003 and later convicted of fraud and criminal conspiracy.

But before his 18-year prison sentence he hid his art in the homes of his family and friends, where it was eventually recovered by police.

A van Gogh and a Monet were found in a cellar in Parma, while a Kandinsky was recovered from a garage, The Telegraph reported.

Four of the world’s biggest banks were acquitted on charges of failing to uncover the fraud. 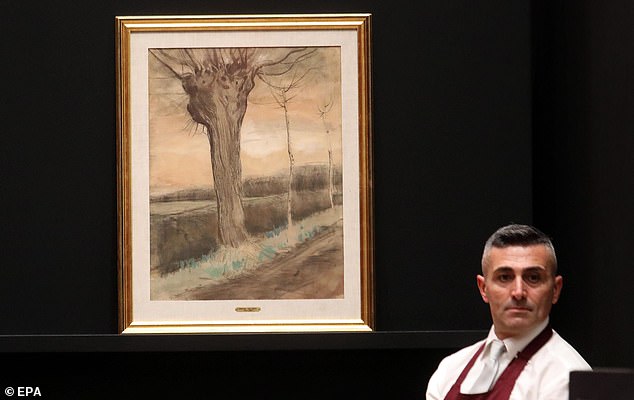 The painting ‘Pollard willow’ by van Gogh. Other artists whose works are in the sale include Pierre-Auguste Renoir, Marc Chagall and Antonio Ligabue

Pour on the paint | In Today’s Daily Sun

80-YO Tribal Woman Learnt Painting At 70. Today Her Art Sells In Milan