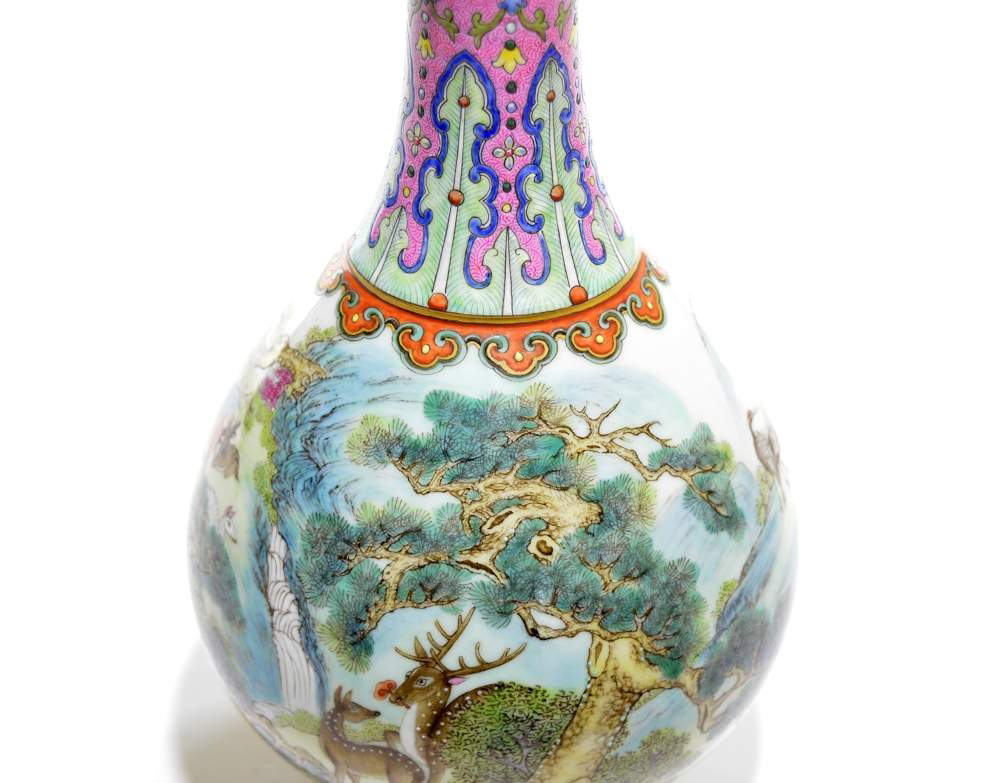 BEVERLY, MASS. — Kaminski Auctions introduced a set of Asian porcelains from a Wellesley, Mass., collector in its August 17-18 sale, in addition to Chinese language artwork, porcelain, scrolls, furnishings and a set of midcentury Japanese studio ceramics acquired by a lifelong New England collector from the Frank Caro Gallery, the successor to C.T. Bathroom & Co.

High lot within the two-day sale was a uncommon 11-inch-high Chinese language famille rose deer vase from the Nineteenth Century, which leapt to a closing worth of $22,500, together with premium. Bearing the iron-red Qianlong reign mark, the vase’s piriform stomach rests on a flared foot and extends gracefully right into a slim excessive neck ending in a bulb surmounted by a brief straight edge, the stomach painted with a steady scene of fallow deer and cranes waving in a panorama rocky with luxuriant vegetation, above a band of palms brightly enameled with yellow with multicolored particulars. Its collar is girdled with pale inexperienced palms delimited by a blue ring and highlighted with iron-red pearls, bordered beneath a golden ring and ruyi heads in shades of red-de-iron and enhanced with gold, all towards a pink enameled background.