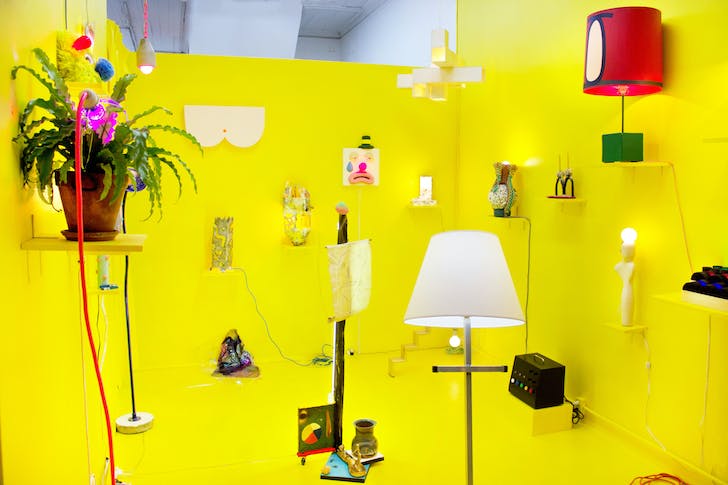 Google “art vs design” and you’ll find a slew of fairly common sense diagrams and articles. “Good art is a talent”, stipulates one, while “good design is a skill”. Or, similarly, “good art is interpreted”, whereas “good design is understood”. My favorite includes two identical images of a chair. Beneath one reads the caption, “a chair: design”, while beneath the second, “a tree: conceptual art”.

But, in truth, the hyphen of the art-design dyad is less stable than it appears, speaking more to the presuppositions of our age than any essential truth. For the vast majority of human history there was no perceived difference between craft and fine art, designed objects and art works – at least according to historians like Dr. Larry Shiner who argues that art, as we know it, is a modern construction. For Zoe Fisher, founder and curator of the Brooklyn design shop-cum-gallery Hand Job Gallery Store (HJGS), bridging the gap between these two spheres opens up an expansive and productive field of new possibilities. 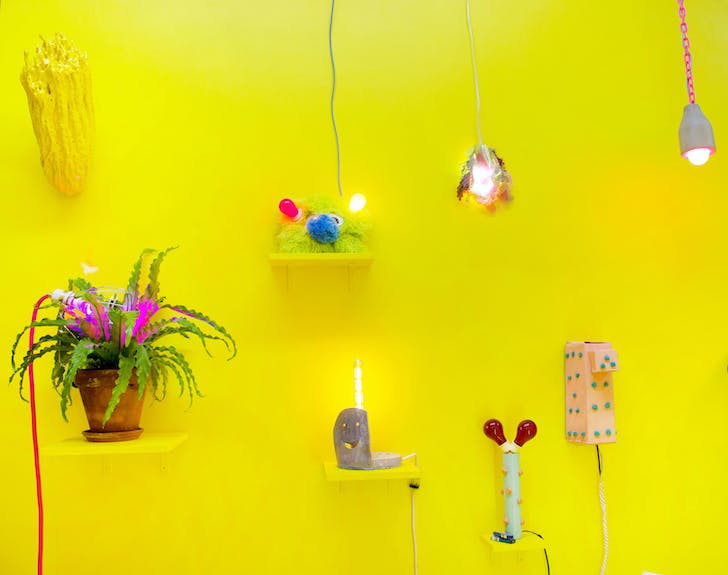 Started three years ago, HJGS showcases “functional” objects, such as furniture, that were handmade by artists and designers. As the cheeky name implies, it’s both a store and a gallery, muddling the distinction between “fine art” and “low design”, moving past a binary relation to art and design… not only opens up new economies for artists, it also seeds beautifully-imagined objects into everyday lifeopenly selling its wares (unlike a gallery) while also emphasizing the aesthetic and auratic appeal of the objects (unlike stores – or at least, most stores).

Even the “handmade” criteria falls victim to Fisher’s blur tool, as she’s happy to include objects produced with the latest technologies. For her, moving past a binary relation to art and design, as well as the various criteria established to oppose the two, not only opens up new economies for artists, it also seeds beautifully-imagined objects into everyday life. And considering the long history of fraught presuppositions built into these categorical distinctions – such as gendered divisions between craft as a feminine domain and art as a male sphere, or between bourgeois “high art” and objects made by “outsiders” to the class privilege of an education – it’s high time.

I touched base with Fisher on the occasion of the HJGS’ Lamp Show opening, to hear a bit more about the gallery and the many beautiful, strange, and useful objects that have filled its shelves. 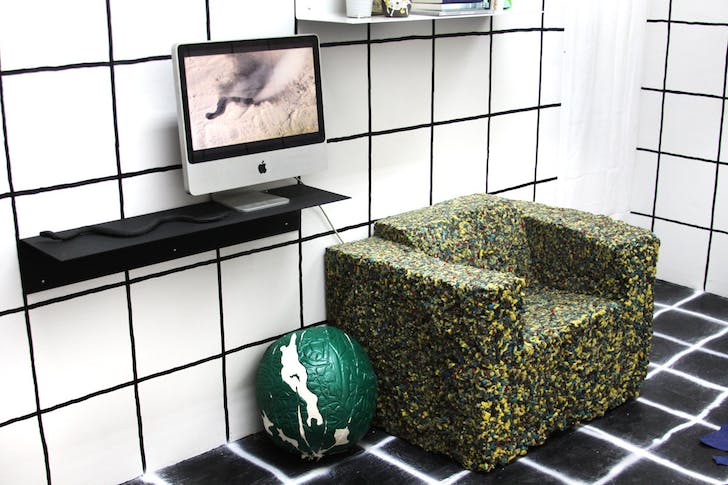 Can you give me a bit of background on HJGS: When did you open? Why? And what’s with the name?

The name was a playful way of essentially hinting at my mission – I have given artists a JOB to do with their HAND(s) and those objects would exist in both a GALLERY and a STORE ;-P

There aren’t many galleries that showcase “functional” objects, or, conversely, stores that put such a primacy on exhibiting. Were there existing models that you looked at?

There aren’t really – other than a few good ones like Patrick Parish and Johnston Trading – and most of those get relegated to the realms of either art or design exclusively. I’m pretty happy with how well I’ve been able to nestle myself right in the middle.

I started HJGS because I really did feel that there was a need on the consumer level but also, more importantly for me, a space that needed to exist for artists and designers to explore and play. 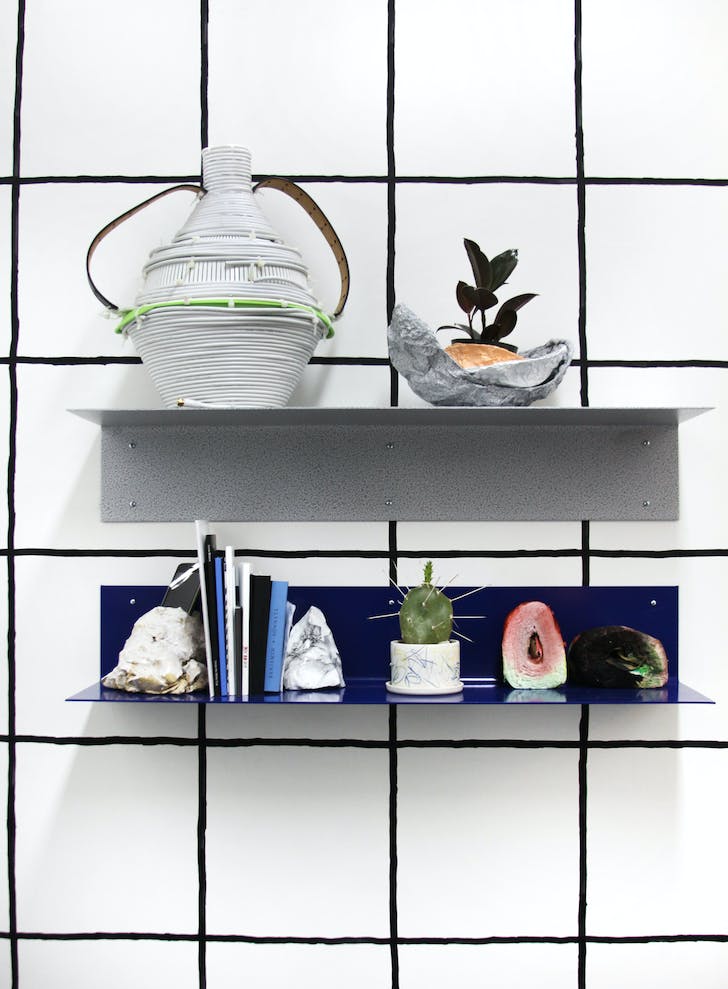 Are all the objects you show handmade or are some produced using industrial techniques?

The parameters I give are that it be an “edition of objects”, “handmade” and “functional” – all of those being loosely defined by the artist.

What is the relationship between HJGS and the adjacent 99¢ Plus Gallery?

I started HJGS about a year before 99¢ Plus. Prior to this space, HJGS was operating out of a studio showroom space in Williamsburg and I had 3 pop-ups in galleries in Manhattan.

99¢ Plus grew out of HJGS’s need for a physical storefront and the need of my two partners, Simran Johnston and Riley Strom, for a studio space. We both needed space and when we found the empty 99¢ storefront space it was just too perfect.

Now, basically, HJGS has a permanent storefront space on one side, and 99¢ Plus has one on the other side. I am the sole curator of HJGS but 99¢ is a collaborative project between the three of us. Sometimes one of us will curate a specific project in the space (I did the Chillzone with Elise McMahon of LikeMindedObjects and The Lamp Show). 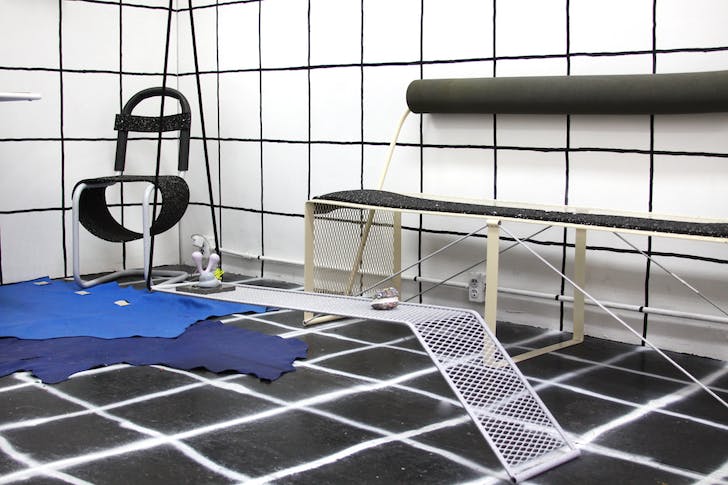 What kind of relationship do you have with the larger community – both geographically and in terms of the broader cultural community of New York (and even the globalized design world)?

Our very local community has a huge influence on our space. Bushwick as a whole has a wonderful community of galleries and studios that are very supportive of our space – and we of them. One great opportunity we have had to show this is during our annual 99¢ Plus Art Shop Fundraiser in which we invite 9 galleries from around Brooklyn to each choose 11 artists to donate one small art object which we sell for $9.99. We put the original slat wall and pegs from the 99¢ Store that was in our space before and hang all 99 works like a 99¢ Shop. Our goal here is to bring in the community around us and be as accessible as a 99¢ Store 🙂

The response is overwhelmingly positive every time. It turns into a big block party! Last time we sold out within 30 minutes and had so many people! 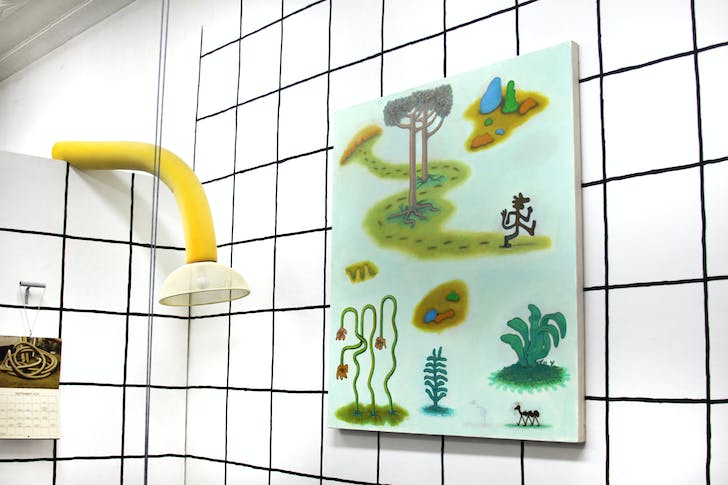 Could you tell me a bit about one of your favorite exhibits that you’ve hosted in the space?

I would say The Lamp Show has been one of the most exciting exhibitions for me! It has been a chance for me to look at HJGS as less of a store/gallery and more as a curatorial platform in which I can ask both artists and designers to explore a single theme. I looked at the lamp as a fundamentally “functional” object whose mission is to bring light into the home. I got to see artists and designers not only just explore and push their own boundaries as makers but also the boundaries of what qualifies as a lamp! 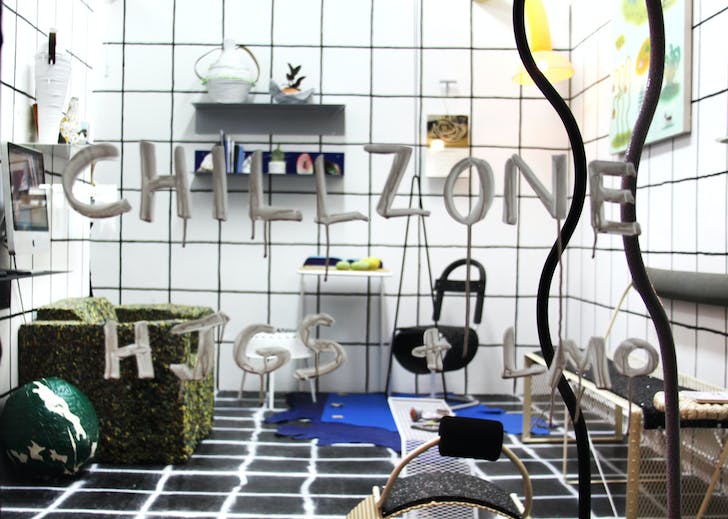